Surround Yourself With Great People

Photo by Matteo Vistocco on Unsplash

Your mother got it right!

A quote often attributed to Jim Rohn and that you’ve probably heard from a plethora of people including your mother is “You are the average of the five people you spend the most time with”. It has been suggested that the circle of influence to one’s life might be wider than five people, but no matter how big or small the group is it is generally true that you are affected by your surroundings. Your mother was indeed right when she insisted you carefully select your friend when you were young!

I love sports. And I don’t mean watching football, I mean I love doing something actively. It could be playing football, playing basketball, running, cycling or doing CrossFit (which is what I mostly do lately). I have scheduled 5 times a week for my training and even in my rest days, I will do a quick run, or lots of walking or an intensive 10 minutes workout. I am not expecting everyone to be like this but I have certainly noticed that the people who I go out with relatively regularly have adopted a more active lifestyle. I am definitely not taking full credit for what they do, but I have noticed this pattern repeating itself as I moved around from one place to another over the years. For example I would often change jobs and notice that after a couple of months I suddenly have new people who would like to join me in my workout routine. I think this is definitely the quote above in action.

In the past, even though I would read a book once in a while, I was never a consistent book reader. Maybe I’d read 3-4 books a year and that was it. Considering how many books I generally consume these days (about one per week at least), I recently wondered what helped me form this habit and go through so many books/audiobooks. It then dawned on me that this change happened after I started working with Victor. Victor is a bibliophile and is going through a lot of books for years now. He started by suggesting a few books to me that he suspected I will find interesting and basically that’s all it took for me to start reading like a mad man. I have a lot of respect for Victor for all the interesting conversations I had with him but this is yet another manifestation of one adopting a habit from a close connection.

Better late than never, I would like to thank the people around me which helped me in a number of ways to get where I am today and that keep on pushing me to go above and beyond my expectations. This includes anything from building this site, for which I am grateful to Neil for pointing me to the right direction, to general career advice and many many more. Neil along with Sam and Aidan have been engaging with me in all sorts of interesting discussions, forming a mastermind group, as Napoleon Hill described it in his book, “Think and Grow Rich”. But this also includes people from which I’ve absorbed huge amounts of information and experience throughout my professional life, including Rob who’s definitely one of the best engineers I’ve worked with. Victor also deserves to be mentioned here for a number of reasons, one of them being his attitude towards personal development. Victor was definitely the one that made me a more savvy reader which is a big deal as I’ve been introduced in a number of different ideas and expanded my knowledge quite significantly through books.

There are also virtual mentors, the ones that shared their knowledge and experience with me through their books. Neil suggested I read John Sonmez’s book “The Complete Software Developer’s Career Guide”. Apart from the interesting content, this book also introduced me to a plethora of other books which as discussed in recent post helped me become better in all aspects of my life, from being a better professional to becoming a better father, manage my time better, form better habits and more.

Carefully select the people around you. Meet with them regularly. Help them and let them help you. We all have our own experiences and point of view. When sharing ideas and thoughts with the right people we get valuable feedback. That’s vitally important if we want to get better. At the end of the day we all are where we are because we’ve studied and experienced the things that we have up to this moment. But all these experiences have only taken us this far. We have to do something else if we want to progress any further. 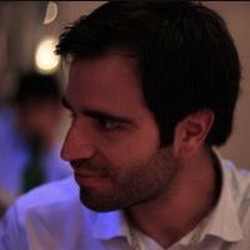 I am a value driven engineer, helping my clients maximise their ROI from their cloud deployments.

Next
DynamoDB and TTL Records
Previous
Do Your Reading